Hey y’all. It’s been awhile. Life just keeps getting busier and busier but it’s a lovely kind of busy. I really haven’t been writing much. I’ve been in reading mode for ages now. I’m still on a Johnny Cash kick. In that vein, everyone knows you can’t have Johnny without June so I thought I’d share a few of my favorite videos.

I love their love story, not because it was a fairytale, because it wasn’t. Their marriage wasn’t always an easy road, just like their courtship, they had to struggle and battle to keep the love they had. They went through some hard times through their 40 years together. They almost divorced at one point during the early 80s, but ultimately they never gave up and that’s what’s true commitment and love is all about. In their later years, they were closer than they had ever been and more in love. In my opinion, that makes their love affair  so much better than a fairytale because it was real and genuine. Very few of us live happily ever after, but many of us live happily after all. As June Carter always like to say “steel is strong because it knew the hammer and white heat”

Here’s Johnny and June on their way to Jackson. As a side note, this song was inspired by Who’s Afraid of Virginia Woolf
https://youtu.be/zw3rvKFkoDY
And one of my favorites of theirs. “Long Legged Guitar Picking Man”  such a playful song .
https://youtu.be/iywAG_fsvoU
This next video is not the best quality, but it’s so poignant. Time catches up with us all. June would die 8 months after this was filmed and Johnny would follow her 4 months later. It’s makes the words their singing so moving, It’s a wonderful love song of hope and redemption, and the promise of never ending peace.
https://youtu.be/WD30X260gGI
Advertisement 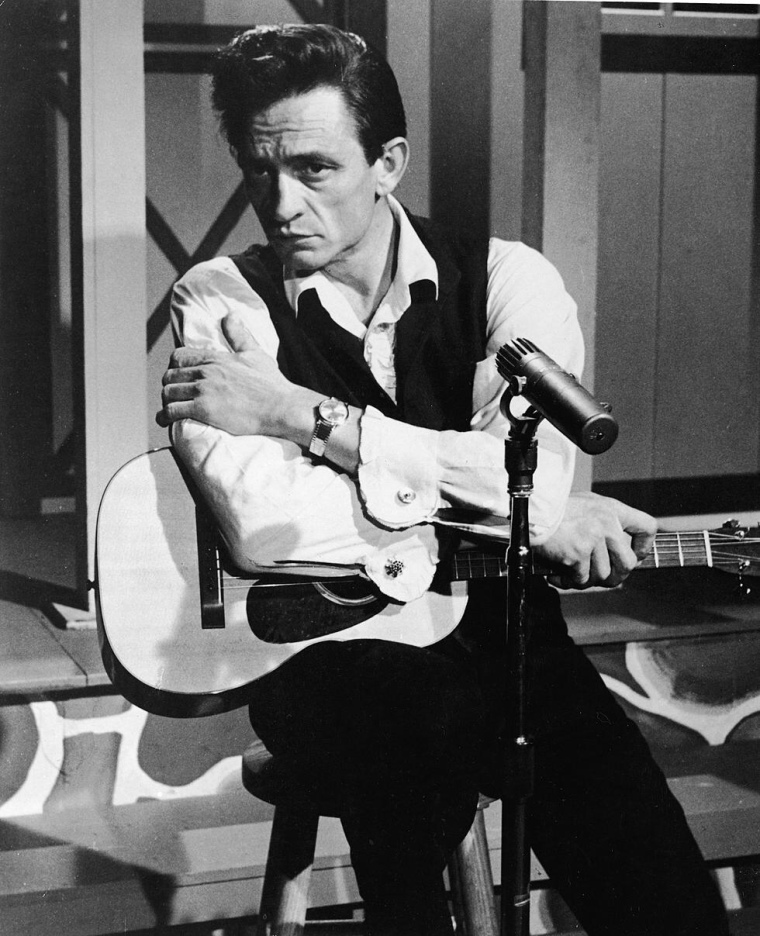 I’m currently reading Johnny Cash: The Life by Robert Hilburn and its got me revisiting Cash’s music. He was such a creative, complex and beautiful soul. I thought I’d share a few of my favorite songs of his.

“Hey Porter” was the song that started it all. As a Southerner, I’ve always loved the images of the Southland it evokes.

“I Still Miss Someone” is so poetic and emotionally stirring.

And of course this one:

Okay, I have to throw in this iconic clip, Why does Bob Dylan look like Andy Samberg here?

Merry Christmas y’all. May we all be as cool as Johnny Cash.