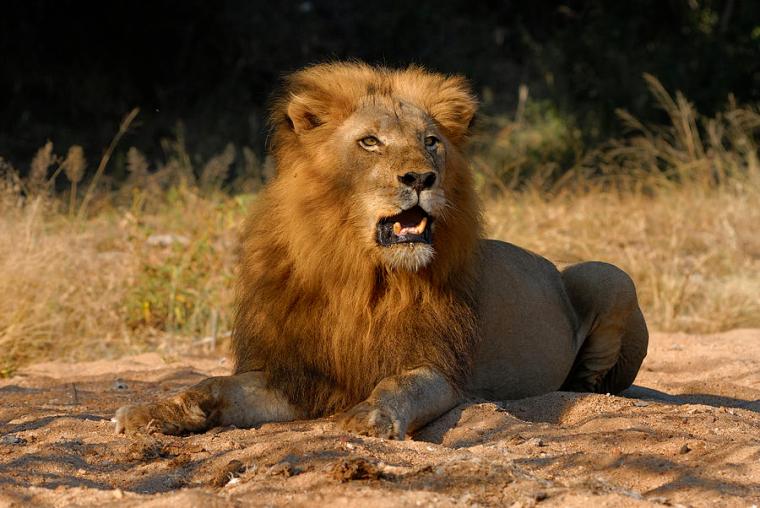 Why are women drawn to “dominant males”?  The Bloodhound Gang summed it up nicely “You and me baby ain’t nothin’ but mammals. So let’s do it like they do on the Discovery Channel.” It’s a biological tale as old as the dawn of time.  It comes down to survival and mating. In the animal kingdom, alpha males have the sperm that make all the female hippos and lions come to the yard.

According to Parental Investment Theory, “reproduction is much more costly for females than it is for males. While women invest nine months in a pregnancy, a man’s initial contribution to parenthood boils down to just a few minutes.” Thus, women need to be particularly selective when it comes to choosing a mate. Aside from a man’s resources, his genetic gifts are decisive in the selection process. One analysis from UCLA found that when women are ovulating, they are drawn to men with masculine builds, symmetrical facial features, and dominant behavior. The assumption being, if he can command in life, he and his sperm can command in the bedroom.

Biology aside, most women aren’t into loudmouth, know it all, controlling, misogynistic a-holes. We don’t need a micro-manger, a baby sitter, or a condescending prick. Being a dominant male does not have to equate with being a miscreant.   Verbal, physical, and sexual abuse is never okay, despite what the Fifty Shades of Grey Trilogy would have you believe. There’s a vast different between being a gentleman in the street and a rock star beast in the bedroom and being a bastard on the street and a predatory creep in the bedroom.  Rough sex is hot. Brutality is not.

Lastly, there’s something to be said for the rare breed of men who are dominant as well as chivalrous.  Nothing is more appealing than a man who knows how to be direct, believes in himself, and isn’t scared to take charge, especially if he wields those traits with kindness and respect. It’s an unbeatable combination. You hear that “good guys”? We women do want a nice guy, but we want to know you can throw down in the bedroom and the battleground.

5 thoughts on “Dominant Me.”