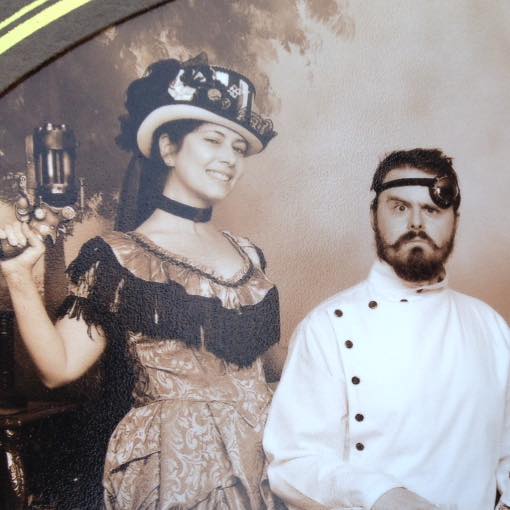 I’ve known my guest today since the days of MySpace. Back when the site was cool and Tom had perfected the selfie game. A time when John Mayer was waiting on the world to change, and Donald Trump was just a blowhard with a TV show. Times have changed, but the man of the blog hour has stayed the same. He’s still the same affable, charming guy of yesteryear. I’m thrilled to introduce you to him.

Peter Hammarberg is a man’s man. He reminds me a bit of Hemingway with his rugged good looks and aptitude for the English language- Peter is a word herder dwelling in the northern wilds of New England. He’s been called a “Magnificent Bastard” and “The Patron Saint of Bourbon and Hearty Laughter” by genuine Cony Island sideshow performers. In addition, he has a tache that even Tom” Selleck would envy.

You can find his debut novel Antillia. at Amazon. A must read for Sci-Fi enthusiasts and anyone who enjoys well written fiction.

You can keep up with Peter and his shenanigans at:

You can also follow him on WordPresss at hammermountainarts.com (Do it!)

My thanks to Peter for taking the time to engage in some tomfoolery,

1. If you were Alice, would you rather stay in Wonderland on the other side of the mirror, or come back to the real world to share your story?

Wonderland is a terrifying place. If I wasn’t killed by some whimsical psychopath and managed to make it home, I doubt I’d share the story– That’s a sure-fire recipe for padded rooms and colorful pills in wee paper cups.

2. If you were going to write an article about yourself, what would the headline be?

“Who Moved My Bourbon?”

I already have a drink named after me: The Hammer’dberg. It’s real simple to make. Take a pint glass, pour two-to-three fingers of bourbon (depending on your day) into it, then a dark beer. Best paired with either a cigar, bon fire, or a couch.

4. What childhood fear do you still have as an adult?

When I was a pup, I was afraid of ghosts. It took me a while to realize that they’d follow me wherever I was. I was the one haunted., not necessarily the places. I’ve come to terms with that. I don’t fear it anymore. I never poop alone, thanks to them.

5. If you could choose just one thing to change about the world, what would it be?

I’d like humans to get over themselves. We take ourselves too seriously.

“Dinosauria We,” by Charles Bukowski. It’s the closest thing he’s written to a prophecy poem, and it’s chilling. He talks about the things to come, and you think, ‘Yep…’ To me, it’s the written equivalent to Grieg’s In The Hall of the Mountain King. The tone has a building, subtle frenzy until it explodes.

7. Does darkness soothe you or frighten you?

Give me darkness, and put a sock in it. I’m trying to sleep. My brain is like a stone-struck hornets nest when there’s light.

8. If you ruled your own country, who would you get to write your national anthem?

Dom Kreep from the band Kreeps. He’d make the song fun and spooky, which I’m sure is what living in my country would be like.
I’d say Wesley Willis, if he wasn’t dead, but… he’s dead.

9. What makes you nostalgic?

Songs. Scents. Comic books I haven’t read in a while. They bring me back instantly for better or worse. I think, ‘Cripes, that was another life. I’ve gotten fat,’ Then I partake in question 3 and forget where I put my pants.

I don’t have a fear of clowns, but I respect their creep factor. Unless you’re talking about a sad clown flipping pancakes in a foreign flick, I’d say creepy. Pogo, Pennywise, and Ronald are a few of the scariest.

11. Do you remember your dreams?

All the time. I’m sure psychiatrists would have a field day with me.

To me there is no such thing as a favorite song. There are far too many amazing tunes out there to pick one. It also depends on the mood.
Fight song? Twilight of the Thunder God, by Amon Amarth.
Romance someone’s face song? Love you to Death, by Type O Negative.
Life is a strange place song? Saltair by Kreeps.
Inspirational song? Do It, by Wesley Willis.
The list goes on…

Autumn. Crisp air. Trees aflame. Halloween. The world feels more vibrant during that time. Pour yourself a Hammer’dberg and sit outside for a spell.

14. Does pressure motivate you?

Pressure can suck it. I’m constantly under it. Even when there isn’t any external nonsense happening, my favorite pastime is tormenting myself with incessant “what if?s”.
It’s a real problem. I need Vanilla Ice to solve it.

15. To what extent do you shape your own destiny, and how much is down to fate?

This is a tricky one. I’m not a fan of “there’s a plan,” because then free will is an illusion. But I do like the theory of shaping the universe to your will. Put the thought out there and allow it to move you. Then again, they say ‘You can’t win the lotto without buying a ticket,’ so I have no idea. I guess whatever works for you is the answer.
And that’s what they call a “cop-out answer,” kids.

16. What published book do you secretly wish you had written?

None. The way I see it, if I wrote the books I loved, they probably wouldn’t be that lovable. That’s not to say I wouldn’t do a good job, but there are reasons certain books are amazeballs.

17. Are you the paranoid type or calm, cool and collected?

Paranoid. I don’t think the toaster is a government spy, mind you, but I definitely have moments where I’m too high strung for my own good.

18. What would qualify as the afternoon of your dreams?

Walking through Portsmouth New Hampshire with my wife, as we drink coffee and scheme diabolically.

I’m too lazy to be fire. I’d say I’m more like an old, haunted forest.

All the time. Especially when I’m trying to sleep, I hear all the worries and doubts. It’s sad, really. When I tell them to shut up, it’ll change to theme songs of shows I can’t stand.
I’m really my own worst enemy.

Bonus question:
What are you currently working on?

I’m putting the finishing touches on a bizarro/horror novella called Gravenfrost. I’ve gone the path of Lovecraft, and created my own New England town to fill with creeps and spooky shenanigans. The story is focused on an FBI agent named Doyle and his investigation into a ghost hunting tv show host losing his mind and murdering his cast and crew during a “hunt” in a place nicknamed The Devil’s Domicile.

I’ve had a few beta testers read it, and I’m getting a lot of positive feedback. One even told me she was doing laundry in the basement when the book popped into her mind. She was so creeped out, she hurried like mad in order to get back upstairs. That makes me smile. If all goes according to plan, it should be available this October from Hammer Mountain Arts. 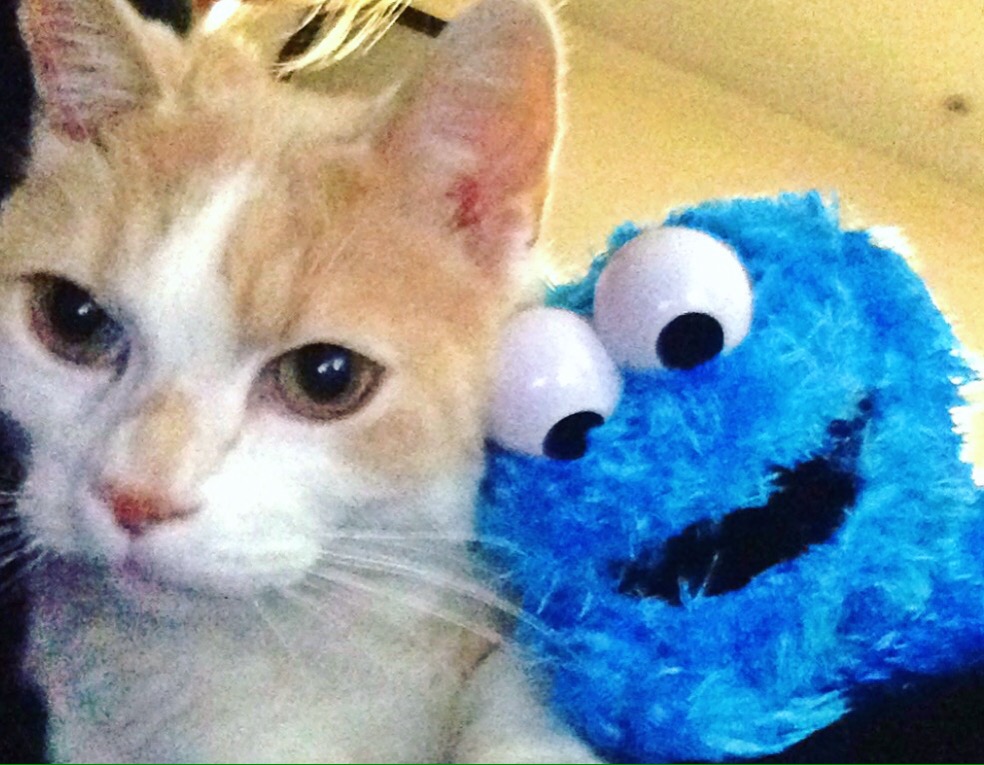