This is a short essay I wrote awhile back about how how the media often distorts our views on crime.

The question was to discuss just one TV crime drama that I had watched recently and say in what ways the media distorts our perceptions of crime in the U.S.  I decided to watch the first ever CSI to try to find my perspective on this. Thank you project tv.

Immediately as I began watching this show in my typical ADD fashion, I could sense the director’s use of a Michael Mann style of sound, lighting, and screen shots. Even though Will  Peterson who was now playing  crime scene investigator Gil Griisson and had changed from the loner style character of psychic FBI profiler in the cult film ‘Manhunter’ (1986) the dynamics of the Michael Man’s direction, mood and development of his actors in an intimate representation of their character still remained.

We could argue that this is significant because if you blend and blur the reality of an actor, playing a part, with real life you create a perception of real life in that character. You bring the character and the scene and the mood to life.

In the course reading, we find that Sasha Ambrasky is mesmerized, as she compares the historic crime saga of Jack the Ripper to the Washington Sniper. Sasha’s intention is to write her thoughts of the way crime is mediated in an objective fashion. . However, I would argue that Sasha’s own perceptions are touched also by her analysis and comparisons. I would argue that the fascination, that Sasha feels, is a fascination of life and death that stays with us all throughout our lives. Our perceptions are mesmerized by any phenomenon that touches us in this way.

The CSI crime writers, producers, and directors, intentionally bring this fascination right into our homes. The stories of life and death and the games of chance and fortune are life immediately grip us like a digital tourniquet. As soon as we switch on we are turned on.

The CSI writer’s twists turn and tighten our lucid expectations and fears in a game of tele-visual Russian Roulette. It is no coincidence of course that CSI was shot in Las Vegas. Las Vegas the town where life is both, simultaneously, as unreal and as it is real. The filmic shots perpetually shimmering, glimmering, and synthesizing blinds our perceptions with silhouettes, shadows and uncertainty. With shows like CSI our home entertainment becomes a fragile and yet compelling environment just as it is designed to become by the director. Our perceptions are played with by the, intentionally, crafted continuity of editing and the tumbling dice of the dramatic.

However, the CSI producers, just as Hollywood producers, know the recipe for tele-visual addiction. They do not gamble in their conscious manipulation of the perceptions of the TV audience. As Einstein said” god does not play dice”, well neither do the people who sell advertising through TV shows.

Of course CSI distorts our perceptions – it is designed created and screened to do just this. Just as the cigarette is a device for delivering nicotine into the brain so is a show like CSI made with the intent of delivering a fix into the mind; a tele-visual fix that blurs and twists and turns reality.

William Peterson said after his role as Will Graham in ‘Manhunter’ that he was so emotionally exhausted that he had to cut and dye his hair and shave his beard to leave the character behind. We might ask just how involved Peterson, in the sense of reality and character acting in his role, was really affected by playing the part of some one who hunts a serial killer. We might also compare such an effect too ourselves as viewers who also follow the hunting down of the serial killer as we watch the story unfold.

I suppose ‘Dexter  a show about  a serial killers who only kills “bad people” gives a slightly different slant to the tele-visual unfolding now – yet it still has retained all the twists and turns that touches our perception as viewers.

The recipe for the success in bringing reality and non reality together, or the cocktail of life and death together, in such intense, rich and sensuous ways was made clear in Michael Mann’s ‘Man Hunter’. However, this was too much of a cult movie to reach millions and millions in the popular cultural way that CSI achieves.

So on the road to CSI, and a popular TV series, an even more ‘popular cultural’ visual experience film was made: Hollywood casted Anthony Hopkins as Hannibal Lectur in ‘Silence of the Lambs’ to bring a serial killer to life. This movie was a block buster and became a series. CSI was a success before it began because the Producers knew it would play with the perceptions of the TV audience in an addictive, tried and tested, formula.

TV ’Crime is entertainment’ and the fact that ‘prosecutors’ according to Constructing Crime: Media, Crime and Popular Culture, complain that it makes their jobs harder to prosecute is not a definitive explanation. Perceptions of TV, of life and death, of reality and non reality, can affect the human mind and work in many different ways.  That is to say that the tele-visual consumers perceptions of what is real and what is not real might be used to influence a jury in either way

What is without doubt is that that TV shows like CSI do distort and play around with our perceptions as views just as they are designed to do. 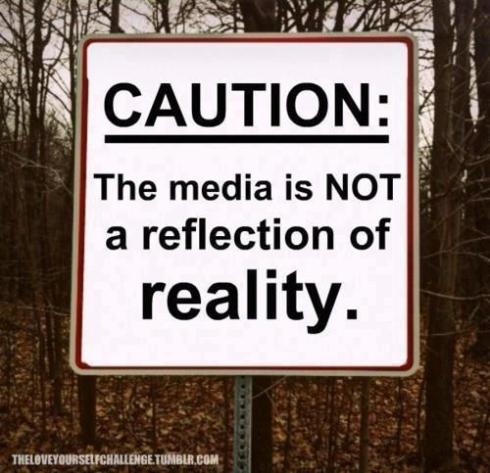